Tourism ...when not hunting

A glimpse of Forsmark's past
Forsmark was founded during The 15:th century based
on the manufacturing of iron. In the middle of the 16:th
century, farmers and miners were running the ironworks
cad when The Crown took over in 1570 the works was
running at full capacity. At that time there were tree blast
furnaces and seven hammers. Besides ingots and bars,
both forged and cast "plummets" (i.e. cannon balls) were
made. The export of iron-bars became very important
during these days.

The Walloons
During the first part of the 17Th century Walloons came
to Sweden from Belgium and they brought in a new
method of iron manufacturing ?Walloon smithery. For
Forsmark this meant an increase in quality and export
and the Forsmark Iron Bar Brand was even more sought-
after in Europe and especially in England. In 1 1624
Forsmark was leased to a group of partners, out of
which one was Gerard de Besche. Later, in 1648 the
de Besche-family bought Forsmark and kept it until 1735. 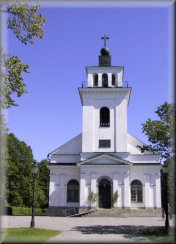 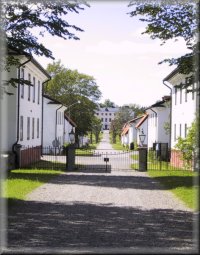 The archipelago of Stockholm and off the whole
coast of Uppland is world famous. It's something
you never seen ore experienced before.
And there are so many ways to get to know it.
How you do it does not matter... just take your time, it will be worth it.

This site just started to be developed (February 2002). It will be more complete in April-May. 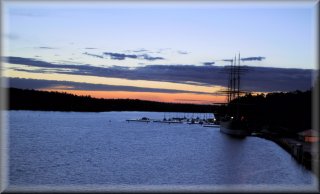